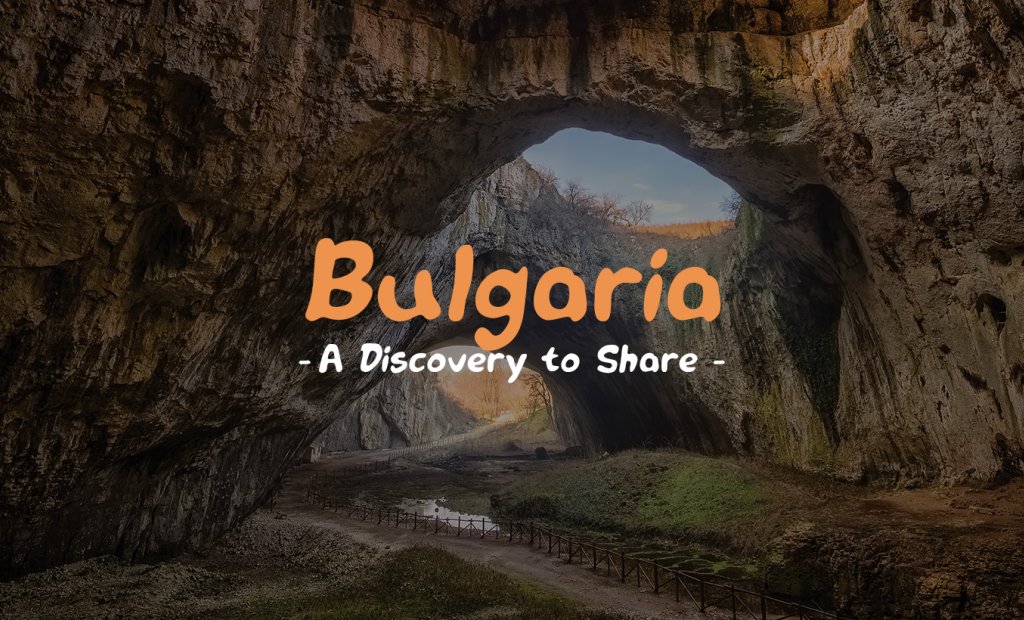 Bulgaria is located in the Northeast part of the Balkan Peninsula. It is a crossroad connecting the East and the West. It is a country with thousands of years of history and a cultural heritage that embraces ancient civilizations. Rich with culture and folklore and having the black sea waters as her eastern border, it is a great destination for all types of travelers.

WHY TO VISIT BULGARIA?

Sofia is the capital city of Bulgaria. It's wealth of culture, architecture and diversity combined with many museums, monuments and a vibrant city life. All this makes Sofia a must see point for any visitor coming to Bulgaria.

Rila Monastery is one of the symbols of Bulgaria and a popular tourist destination. The monastery lies in the recesses of Rila Mountain, between Rilska and Drushlyavitsa Rivers, at 1.147 m above the sea level. It is located about 120 km away from Sofia and 41 km away from Blagoevgrad. The Rila holy cloister was founded in the first half of the 10th century. Its history is directly related to St. John of Rila, the first Bulgarian hermit, who settled in the region and devoted his life to fasting and prayers.

Veliko Tarnovo is a town situated in North Bulgaria, an administrative center of the Veliko Tarnovo Province. The town is situated in the valley of the Yantra River, at a distance of 241 km from the capital – Sofia. Veliko Tarnovo is one of the oldest towns in the country, as its history dates back to more than five thousand years ago, proven by many archaeological excavations. The upsurge of Veliko Tarnovo is related to the period of the Second Bulgarian Empire (1185 – 1393). In 1185 the town was declared a capital of the restored Bulgarian State by the brothers Asen and Peter, who declared the end of the Byzantine dominion.

Discovered in 1944, the Thracian Tomb of Kazanlak dates from the Hellenistic period, around the end of the 4th century BC. It is located near Seuthopolis, the capital city of the Thracian King Seuthes III. The Tomb is part of a large Thracian necropolis. It has a narrow corridor and a round burial chamber, both decorated with murals representing Thracian burial rituals and culture. These paintings are Bulgaria's best-preserved artistic masterpieces from the Hellenistic period.

Rosa Damascena (Damask rose) is the name of the oil-yielding rose, which made Bulgaria famous for the production of the best rose oil in the world. ''Born'' in Damascus, Syria, Rosa Damascena was brought to Bulgarian lands during the 17th century, when Bulgaria was part of the Ottoman Empire. This rose, full of rich and fragrant aroma, found the second home in Bulgaria. It gave its name to an entire region – The Rose Valley. Extending more than 130 km along the Balkan mountain range, the Rose Valley is surrounded by two mountains, which stop the cold winds in winter and help in creating a very specific climate. The combination of several factors makes this region a unique place for growing this type of rose. Each year on the first days of June, people living in this region are organizing The Rose Festival.

Plovdiv is the second largest city in Bulgaria. Plovdiv's appeal derives from its lovely old town, largely restored to its mid-19th century appearance. It is packed with atmospheric house museums and art galleries and unlike many other cities with ''old towns'', it has eminent artists still living and working on the margins. The neighborhood boasts Thracian, Roman, Byzantine and Bulgarian antiquities, but the most impressive being the Roman Amphitheatre – the best-preserved in the Balkans, still being used for performances.

Bulgaria is also known for the developed summer tourism on the Black Sea. One of its most famous summer destinations and largest coastal city is Varna.

The Madara Rider (Madara Horseman), representing the figure of a knight triumphing over a lion, is carved into a 100-meter high cliff near the village of Madara in northeast of Bulgaria. Madara was the principal sacred place of the First Bulgarian Empire before Bulgaria's conversion to Christianity in the 9th century. The inscriptions beside the sculpture speak of events that occurred between 705 and 801 AD. 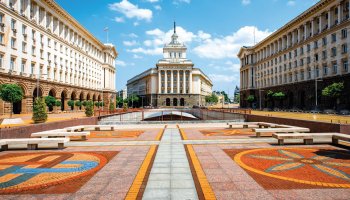 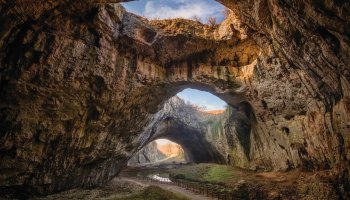 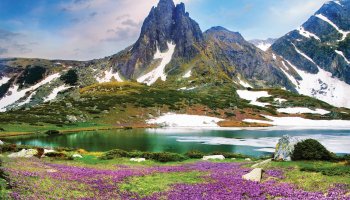 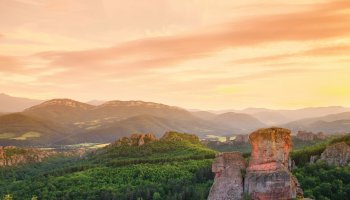 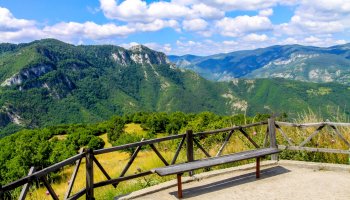 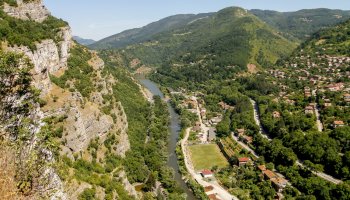 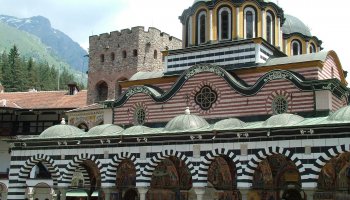 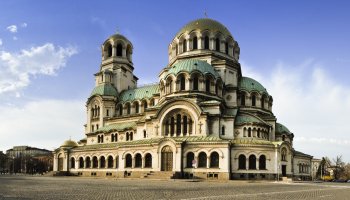 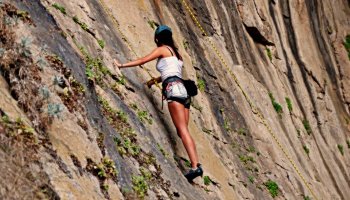