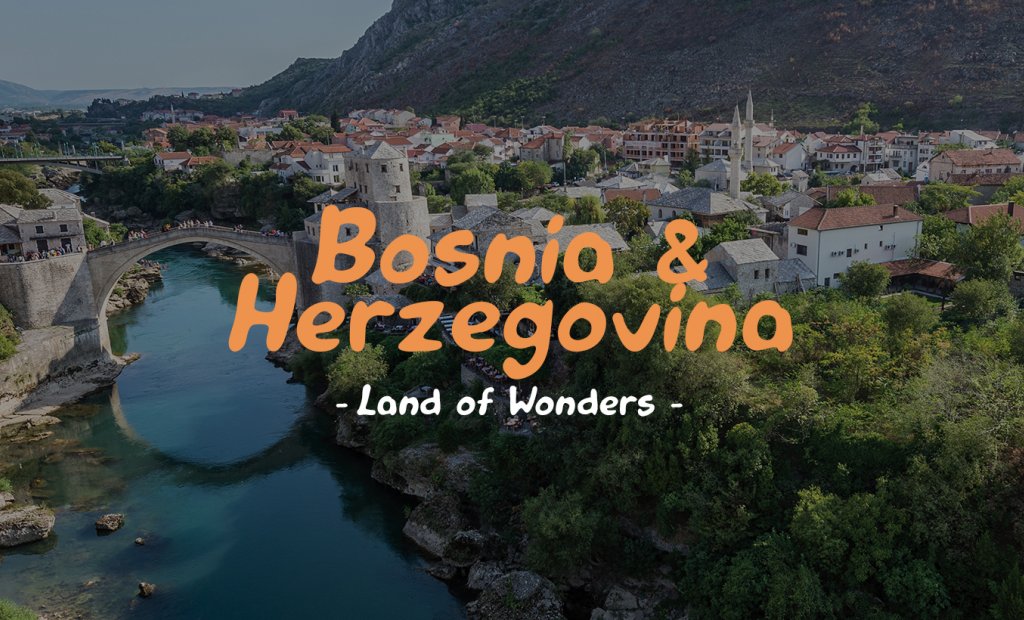 Bosnia and Herzegovina is one of those countries that can surprise you the most with the beauty of its cultural diversity. Untouched nature and landscape offer millions of choices for holidays and adventures. The central Dinaric Alps are hiker's heaven, while the diverse landscapes of Alpine and Mediterranean climates will amaze everyone.

WHY TO VISIT BOSNIA AND HERZEGOVINA?

The Old Bridge of Mostar (Stari most) was a stone bridge build in 1566. The bridge had few esthetical devices and no ornamental elements; its architectural beauty and elegance were found in its simplicity and the essentiality of the structure. The original Old Bridge was destroyed in 1993 in the recent Bosnian conflict. The bridge was reconstructed in 2004, by using the remains of the old bridge. Among a population, which still ravaged by ethnic divisions, it is seen now, more than ever, as a symbol of unity.

Sarajevo's Ottoman past can be felt in the cobbled streets around Bascarsija (Baščaršija). Here topped copper-green domes overlook narrow alleyway craft bazaars, while grand relics from the Austro-Hungarian Empire span the streets round Ferhadija. Even though signs of the city's recent past are still present – shrapnel-scarred walls and cemeteries on surrounding hillsides – Sarajevo is a city that embraces life.

Travnik is famous as а birthplace of the writer Ivo Andrić, who won the Nobel Prize in Literature. This Ottoman town still best represents what was once called the European Istanbul. The ancient fortresses and mosques that dot the skyline are as impressive as the original Bosnian architecture that gives this town its charm.

Medugorje. In the early 1980's, several teenagers held a vision of the Virgin Mary. Since then, this sleepy Herzegovina's village has been transformed into one of the largest Catholic pilgrimages in the world.

Buna River flowing out from a green mountain cave above Blagaj – perfect place to enjoy tasty Bosnian cuisine and satisfy your hedonistic needs.

Blagaj Tekija. This 16th century dervish monastery epitomizes the harmonious existence of man and nature. This stunning structure was built at the mouth of the largest river-head in Herzegovina, gushing from a cave at the base of a 200 meter high cliff. 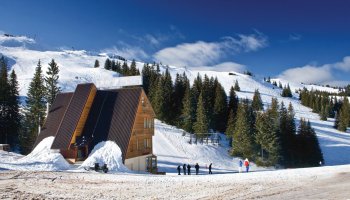 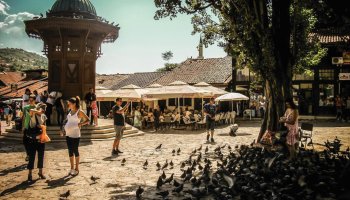 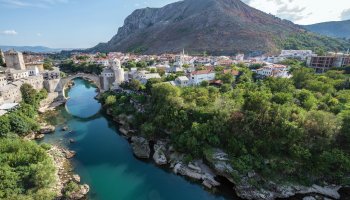 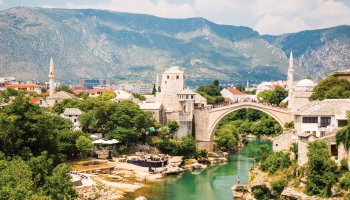 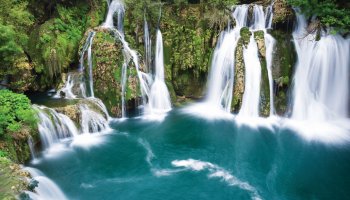