The village of Bosilovo is only half an hour driving from the "Smolare Waterfalls". Most of the people living here are engaged in agriculture and animal husbandry. Some of them work in the big cities such as Strumica and Gevgelija, but there are those who have chosen to return to the countryside and invest in the development of the rural tourism. 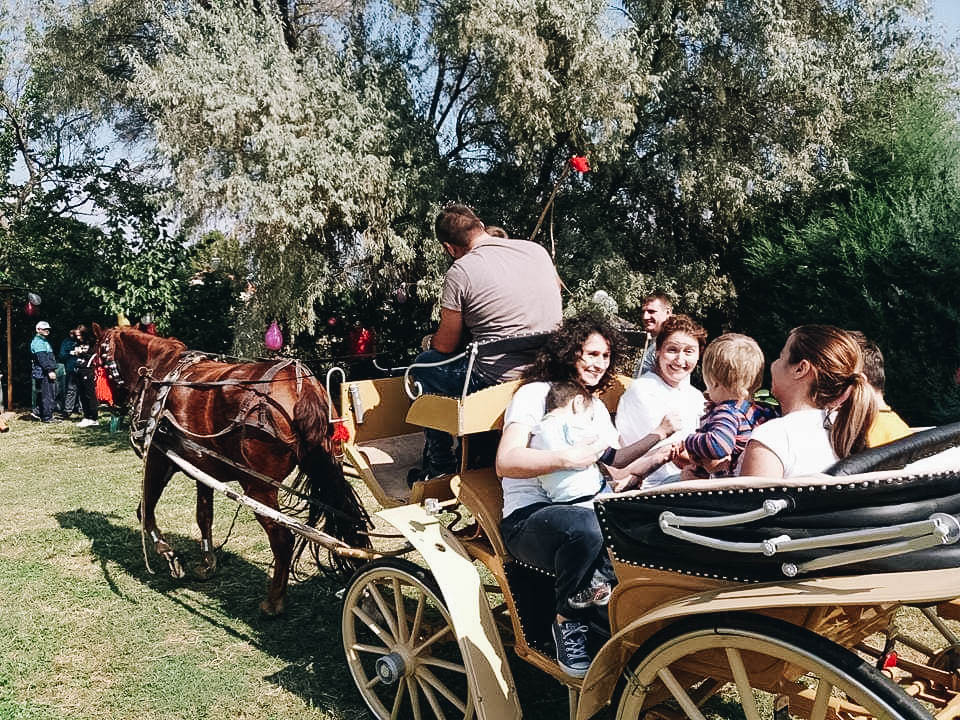 Today we would like to share with you a very interesting and very emotional story, the story of Kosta Timov, the man who worked as a manager in a company in Gevgelija and who decided to leave his job there and returned to Bosilovo, where encouraged by his son who suffers from autism he decides to open an ethno restaurant with a huge garden and a mini zoo that includes his favorite horse which he uses to rehabilitate children with special needs. 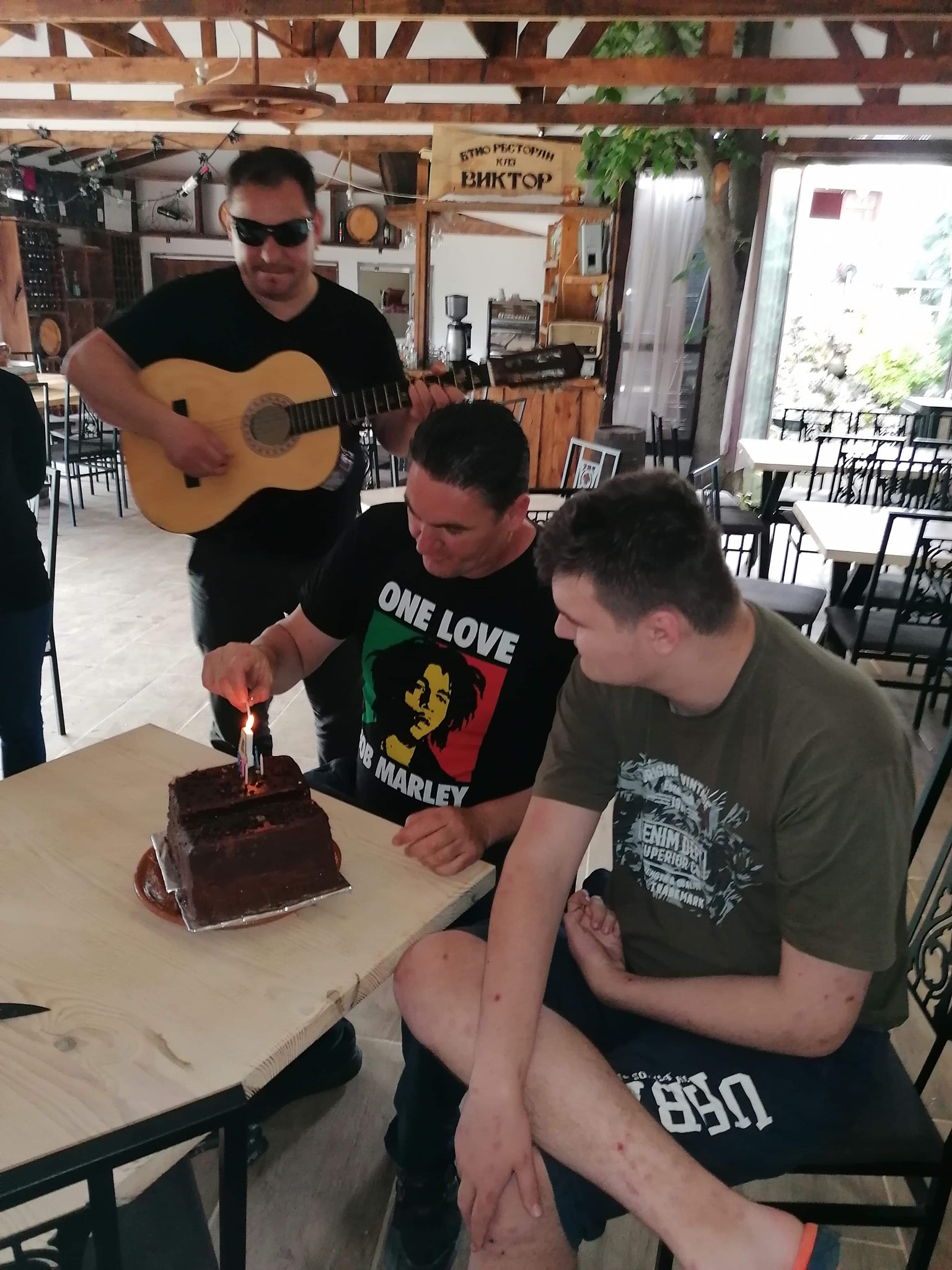 Kosta says the reason he decided on such a move was his son with autism. His son Victor for him is the only reason to do his best and provide him a life as he deserves. This motivates him to open an ethno restaurant with a huge garden and a mini zoo where the children with special needs will feel all the benefits. This was a problem in some restaurants where the guests used to comment about these children which was unpleasant to be heard especially if you are facing that situation, the same problem. 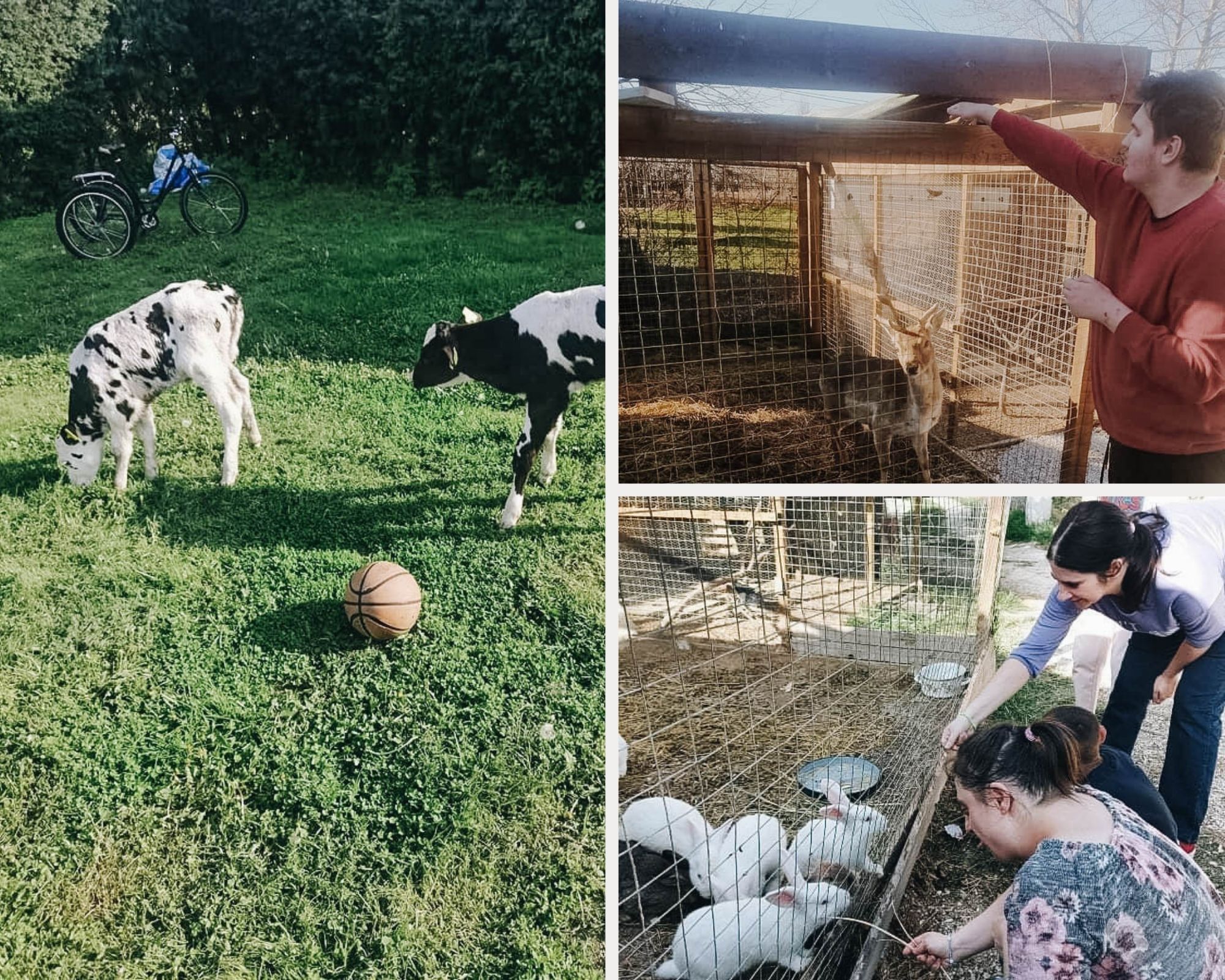 His work as a manager prompted him to start thinking about how to spend more time with his family and how to start functioning independently from work. The constant excises for his absences from work and the lack of time to take care and spend time with his son and also the constant thinking about how to include his child in his daily routines laid the foundation for the idea of opening his own restaurant.

Last year on the 20th of June for the first time Kosta opened the doors of his restaurant named "Ethno Restaurant at Victor’s" for all the guests.  He invited all the parents who have children with special needs from the region and promised them that here they are more than welcomed. In the restaurant can be organized seminars, traditional folklore events as well as all the events that are organized for Easter, for Christmas and for other holidays.

The purpose of the restaurant is to unite all the children in one place where they can socialize and enjoy in each other's games. The rural tourism should be developed here and the children from the cities should experience life in the countryside, to connect with the nature there, to eat products from the garden and to exchange mutual experiences. As part of the restaurant there is the mini zoo that has various domestic animals, including Kosta’s favorite horse that he uses to rehabilitate children with special needs. 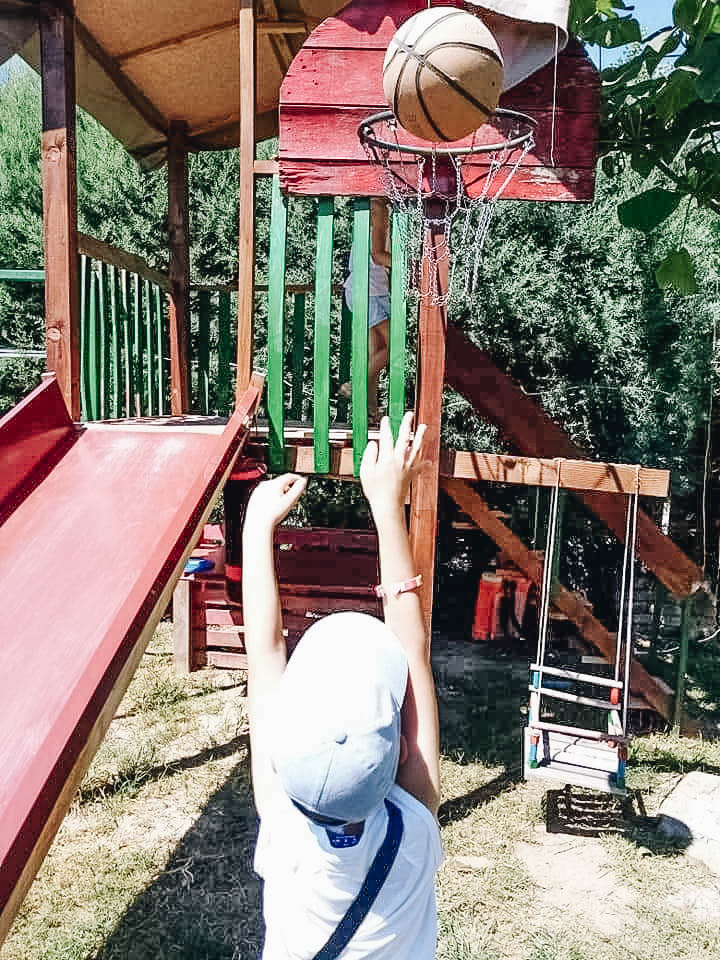 Kosta says that children here simply enjoy, and the most important thing for the parents is to take care of their children not to get hurt, while everything else is allowed. The noise of the children cannot disturb him because he is aware of the situation as he going through the same thing and according to him, all the children deserve to be happy, to be loved and to be treated the same.

Every Tuesday at Kosta’s restaurant is the day of the children with special needs. He invites parents of children with special needs, to have coffee together, while he prepares various specialties for the children. The chef who works in Kosta’s restaurant has many years of experience and he is assisted by Viktor, Kosta’s son who also has his own culinary responsibilities assigned by his father. Viktor takes care for the vegetables and fruits, washes the salad, and does lighter things so he doesn’t hurt himself. As we were told Viktor will be employed soon, which will give him a more serious role. 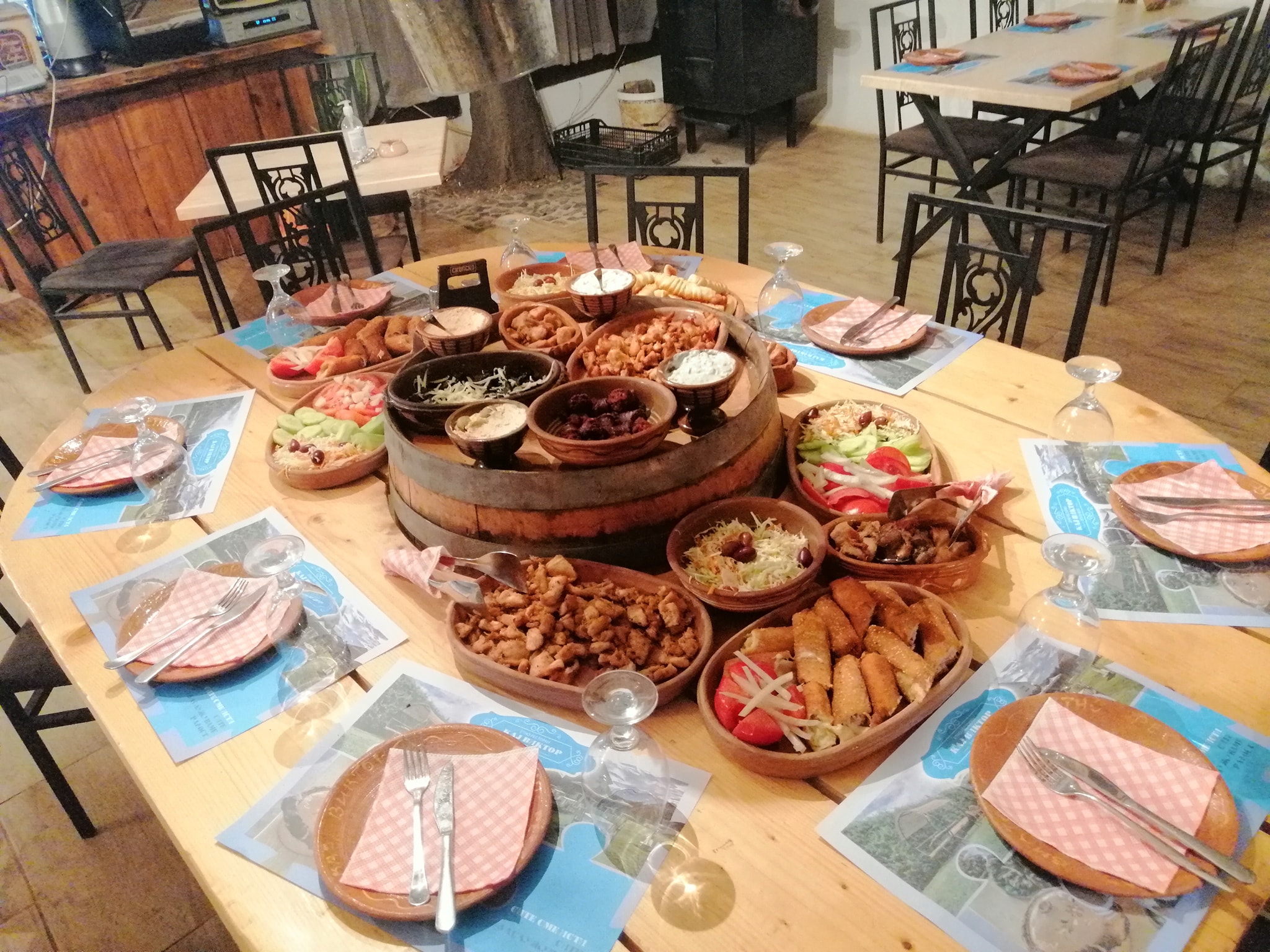 Victor wants to learn how to nurture the tradition. He loves food and outdoor activities. And Kosta's experience has shown that the main therapy for children with autism is the food, so he makes sure there are no pesticides.

The restaurant is known for the great traditional food served there. In addition to being carefully selected, the food is prepared on the grill. Kosta buys the meat from the village, because according to him, this is the only way they can help each other, while the dairy products, he gets them from his brother who has his own farm with cows and he produces up to 200 liters of fresh milk per day. 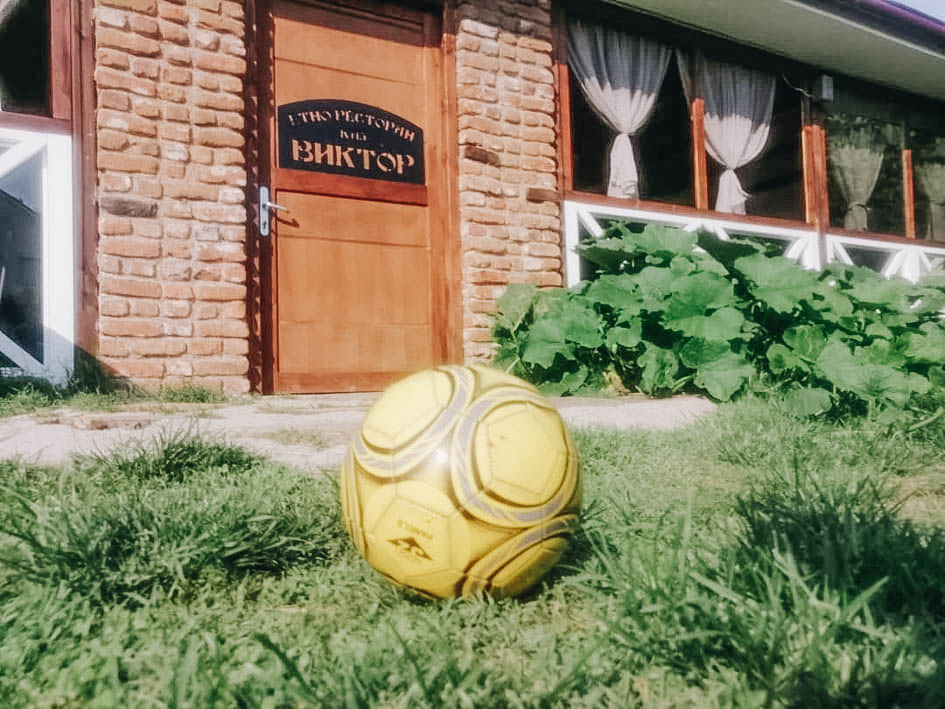 On sunny days the restaurant’s garden is filled with laughter and joy which is priceless. For more than half a year, Kosta follows the motto that we are all equal, we all deserve to be treated the same, to be loved and most importantly all of us deserve to be happy.