* The images used below are courtesy of "Wines Of Macedonia" organization.

Down there, to the southeast of the Old Lady of Europe, on the hilly Balkans, is the entrance to Macedonia, the wine country where the sun shines forever... Thanks to the bright sun, Macedonian wines are on the top of the world map of (un)discovered treasures, which conceal a centuries-old tradition filled with memorable authentic tastes and experiences.

As a wine country, Macedonia has a rich wine history – very old and very young at the same time. Is it possible to tell the story of Macedonian wines at all? It is very difficult to decant into words, maybe it’s better in verses, but let's try...

The Macedonian wine story has roots since the 13th century BC. The ancient Macedonians made wine of grape that they cultivated and mixed it with honey, as sugars helped to preserve the taste. The wine was kept in amphorae (earthenware jars with narrow bottleneck and bottom), in which Macedonians poured olive oil on top. Then the amphorae were buried in the ground and thus the wine remained cold and ripens.

Philip II and Alexander the Great were known as great wine admirers. Wine was a daily elixir for the members of the Macedonian royal dynasty. The tradition continues during the Roman Empire, when Macedonia remained one of the most important grape growing regions. The Romans were responsible for spreading vines throughout Europe. They believed that wine is a source of wealth and happiness. Historical facts suggest that wine played an important role during the reign of Tsar Samuel. During the period of Christianity's penetration into these areas, the meaning of this divine potion has been entered into many church ceremonies. It was believed that wine represented Jesus' blood. An example is the wedding ceremony, which has remained until nowadays, when wine with salt and bread is given to the bride and the groom. Over time, the wine has also entered in Macedonian folklore, celebrations and gatherings, as well as in the local cuisine. During the Ottoman Empire, which lasted until the beginning of the 20th century, viticulture and wine production in Macedonia were extinguished because this drink was banned in accordance with Islamic law. However, thanks to the Christian Church and the rituals, wine making in these areas continued.

The growing popularity of wine in Macedonia coincides with the renaissance of European civilization. As the wine trade progressed and expanded, so did the civilized world too. Numerous archaeological discoveries prove that wine grape cultivation and wine production is a continuity in Macedonian history.

At the beginning of the 20th century in Macedonia, the grapevine occupied about 30.000 hectares, which by 1914 had been completely destroyed by Phylloxera vastatrix, a small insect that attacks the root and leaf of the plant. In 1928 Alexander Karadjordjevic, king of SHS (Serbs, Croats and Slovenes) decided to plant a vineyard and build a winery in Demir Kapija, under the name "Villa Maria", dedicated to his wife Maria. The property was bought with the money she received as a dowry from her parents. At that time there were other noble families that produced grapes and wine.

After World War II, in the time of socialism, barrels and wine-making equipment owned by various families, small wine producers, were nationalized. Thirteen wineries were established in Macedonia, producing bulk wine. There were more than 30.000 families who owned small vineyards and sold the grapes to these 13 large ones. 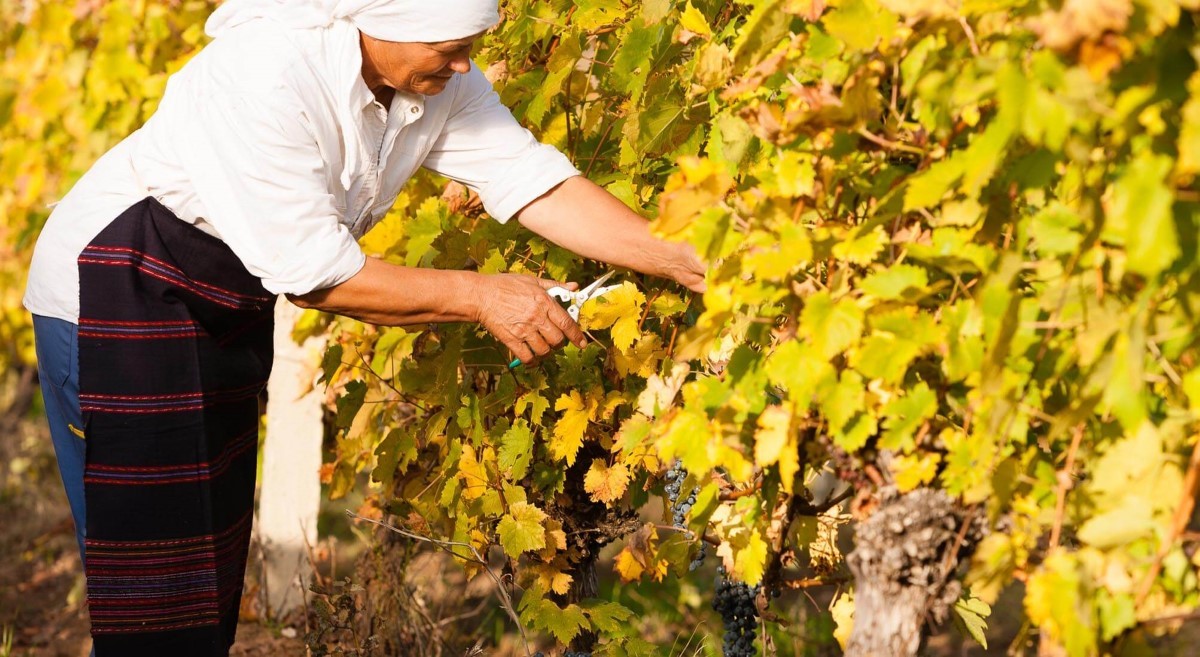 While Macedonia was part of Yugoslavia, the country was a major wine producer. In the 1980s, Macedonia’s production accounted for about two-thirds of Yugoslav wine production. Growth of areas under vine reached its peak in 1981, when 38.759 hectares were registered in Macedonia. After the separation of Macedonia from Yugoslavia in the 1990s, the process of privatization of old wineries begins. However, apart from changing ownership, many of the things remained the same. All wineries continued to produce bulk wine in large quantities, but with low quality and low prices. Still, the potential was great.

Although Macedonia has a very long wine tradition, although today's fields from Skopje, through Veles, Negotino, Kavadarci and Demir Kapija all the way to Gevgelija, are marbled with vineyards, yet the country seems to be one of the European destinations that hides many more wine secrets. Secrets that yet to be revealed with every sip.

The valley of relish satisfies the thirst of every tourist who comes to taste the best Macedonian wine. According to the legend, once in the Tikvesh Region, there was more wine than water. Even when the people were building some houses in the villages, instead of water, they compounded the bricks with wine.

In ancient Macedonia were held solemnities called the "Days of Dionysus", in honor of God of grape and wine. Every sip of Macedonian wine was a perfection given by the gods. Today, viticulturists have their own patron Saint Tryphon (also spelled Trypho, Trifon or Triphon), and 14th of February is the day dedicated to this saint. Tikvesh viticulturists solemnize it with different customs. Early in the morning they go to church, take holy water, sprinkle vineyards, and pruning them as a ritual.

The aroma and taste of the wine reveal the secrets of undiscovered Macedonia, the country where the sun shines brightly 280 days a year. The soil is giving elegant wines sprout, rich with challenging notes of strong and unique flavors, filled with aromas and freshness. 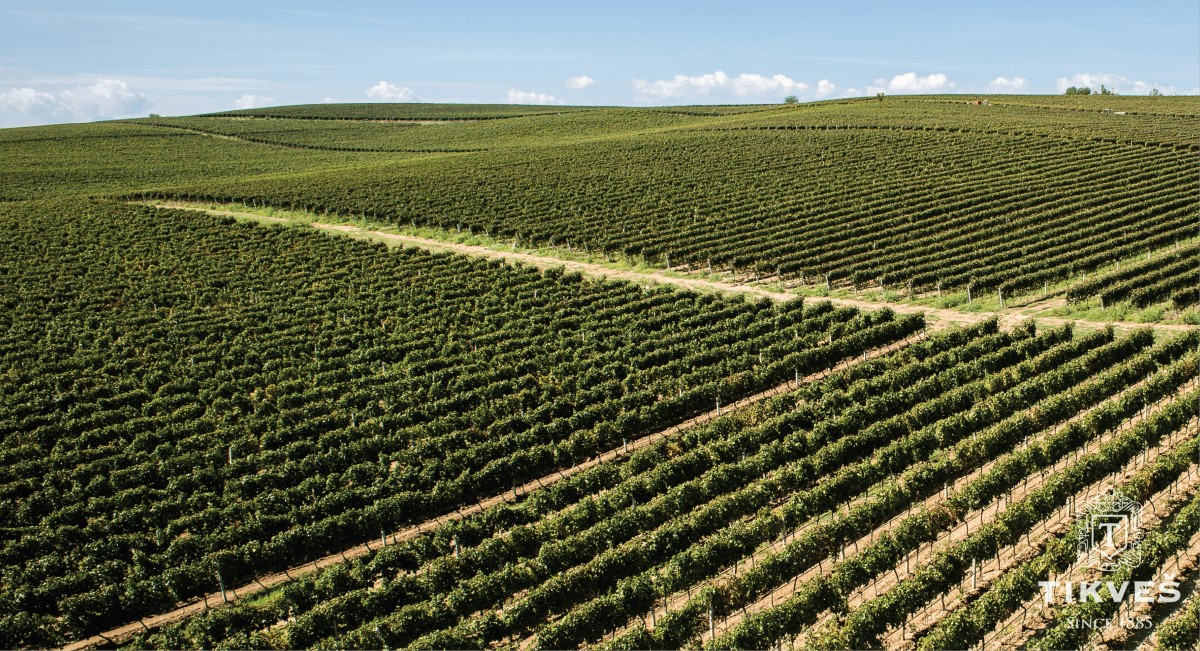 In the heart of the Balkan Peninsula exotic wines are produced, wines that offer beyond ordinary taste. The Makedonsko devojche (Macedonian maiden) – Stanushina is an old autochthonous grape variety that does not grow anywhere else in the world except in the Tikvesh vineyards. The whole story of Macedonia can be told through this variety, since it has existed here since the birth of the Earth. Here you can feel the timelessness and enjoyment of the moment.

Macedonian wineries wide open their gates to all guests who want to learn more about wine history, the production process, the synergy of the past with the future, the tradition of craftsmanship, the synthesis of art and technology... To steal a small piece of immortality with one sip of wine... But with one sip of Macedonian wines, can’t quench the thirst. Contrary, the thirst is getting stronger...

A sip of terroir

The quality of the wine depends on the grapes, the equipment and the winery's craftsmanship. While equipment can be bought and mastery learned – climate and terroir, rich with carbonates and minerals, remain a key point. These conditions in Macedonia are fulfilled and therefore the grapes produced are with high quality.

The intense aromas of the Macedonian wines are the result of combined influence of the Mediterranean and continental climates, manifested by warm summer days and cooler nights. The prolonged grape ripening process provides rich colors and complex aromas of wine. Macedonia has vineyards with the popular modern French grape varieties (Cabernet Sauvignon, Merlot and Chardonnay), as well as vineyards with autochthonous grape varieties, such as Vranec (red), Zhilavka and Temjanika (white) and Stanushina (rosé). Vranec is the most famous and most widely cultivated grape variety in Macedonia and represents 80% of all red wine varieties grown in the country.

Macedonia has 280 sunny days a year. It helps in the long ripening process, in concentrating the sugars and acids in the grapes, giving them rich color and complex aromas to the wines. There is one vineyard region in Macedonia that can be geographically divided into three wine regions:

In the family of Balkan Prime Tours

Wine and song are cure for the soul…

The story of Macedonian wine is a story of countless characters, experiences, flavors and secret recipes that have been passed down from generation to generation for centuries. The specificity of each grape, which hides the greatest secret of Macedonia's wine tastes, is the land in which the sun shines forever and the endless natural beauty.

The best way to get familiar to Macedonian wines is to be part of wine tours. The tours provide a visit to the wineries, as well as tasting the fine wines. Of course you will be offered with traditional food and lyrics for your soul. Everybody who has seen Macedonia once necessarily (will) remember the taste of this country's wines.

Selection of a remarkable range of ruby-red and gold-yellow shades, intoxicating odors and aromas, infused with music.

Wine and song, cure for the soul.

Whoever sings song is blessed.

Once we live, once we die

Time goes by, it doesn't stop.